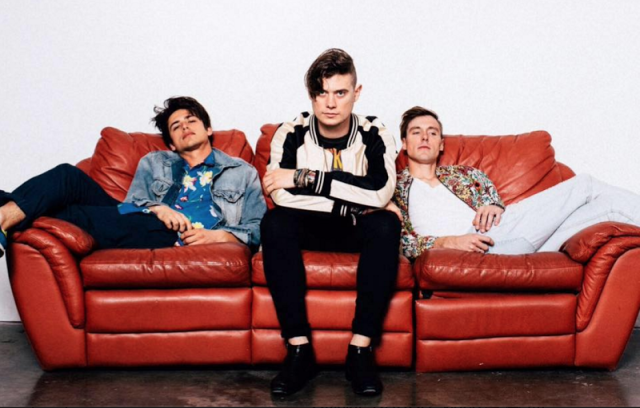 By the time DREAMERS hit Buffalo, NY they’ll be mid-way through their tour, promoting the recent EP “You Are Here.”

When asked how the tour is going, lead vocalist/guitarist Nick Wold comments, “It’s been great so far. We feel really lucky just to be playing in front of a crowd again. We’ve had a few days off and are getting ready to play in Albany today.” You can hear hollers and hoots in the background and Nick starts to laugh, “That’s Nelson, it’s his birthday today!” I ask how they plan on celebrating, “it’s going to be a night of surprises, that’s for sure.”

From Brooklyn, NY, DREAMERS sound has been described as 70s punk rock. I ask Nick if he would agree, “We let our fans make their own interpretation. Yeah, 70s and punk, power pop, grunge rock, rock and roll all sound good.” Since their formation in 2014, the band has been featured in Fader, NYLON and Billboard. They’ve toured with the likes of Stone Temple Pilots, The 1975 and Atlas Genius and will have the chance to play at Lollapalooza in July.

“We’re actually banned from playing Eathfest in Boston.” Saaaay What!? “Yeah, they won’t let us play ‘DRUGS’ due to censorship.” A hit single on their new EP, ‘DRUGS’ is really about the addiction and obsession we have with always being connected to our phones through text messages, e-mail, apps and social media. “Clearly they don’t understand the lyrics. Luckily, we’ve connected with a local radio station and will be playing at an after show party.”

So what can Buffalo expect to see at the show on Wednesday? “Something that’s raw and rough.” Nick assures me that it won’t be flat, rather, it will be an immersive experience for the crowd. “We really feed off the energy of the audience and it’s important for us to put on a good show.” Before we get off the phone, I have one last question for Nick, if you could go back in time and jam out with any artist or band, who would it be? “I’d love to play the lute in one of Shakespeare’s plays. Random, I know, but that would be pretty damn cool.”

DREAMERS play at the Studio at the Waiting Room this Wednesday (5/25).  Get your tickets here!  Check out our Twitter feed later today for a ticket giveaway!